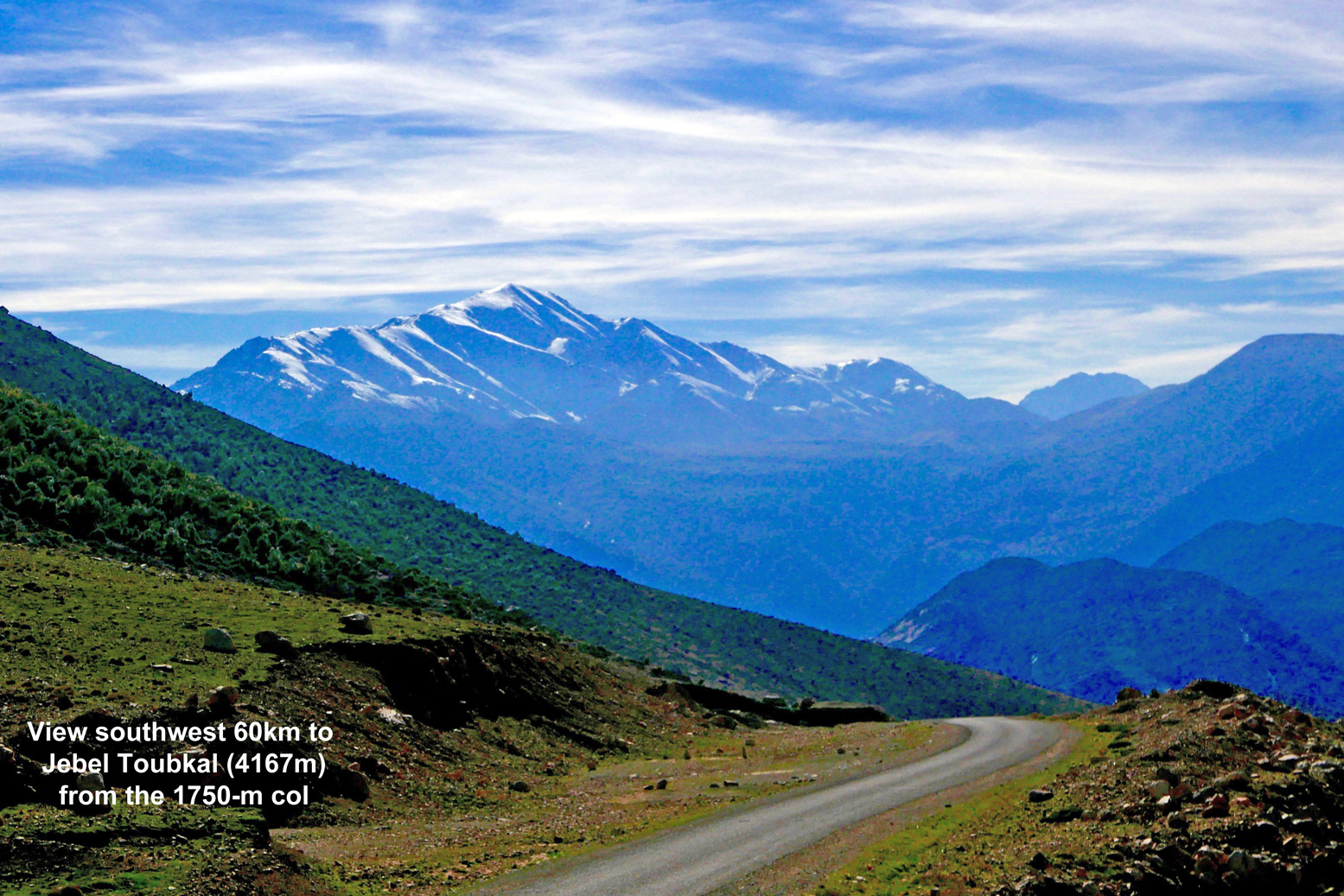 The N9 is the main highway crossing the High Atlas between Marrakech and Ouarzazate, topping out about halfway at the 2260-m Tizi n Tichka pass where a superb range of clay souvenirs and vibrantly coloured ‘gems’ are permanently on display. Being the main road, traffic can be relatively heavy and slow, and the hundreds of bends make cycling a bit stressful and overtaking tricky in a vehicle, especially when climbing or away from the recently widened ‘race track’ which uncoils a few kilometres north of Tichka (below). But even on this recently improved section, landslides and subsidence are already taking their toll.
Short of the usual floods and storm damage, both the diversions outlined below are doable in a regular 2WD rental car, on big motorcycles as well as sturdy bicycles.

On the warmer, south side of Tichka, the alternative route (right) via Telouet was well known, even before it became largely sealed a few years ago. It starts just 4km south of the Tichka col, where the final roadworks on the P1506 are nearing completion on the 20km to Telouet with its famous Glaoui kasbah.
From here the P1506 soon drops off a plateau to follow a long, oasis-lined ravine (below) all the way down to the Aït Benhaddou tourist trap, rejoining the N9 10km later at Tazentout, 23km west of Ouarzazate.

On the north side of Tichka, road widening disruption has currently spread down the valley over 17km north of Tadart, the first village below the col. But once you get to Zerkten village, signed and 33km below Tichka by a red and white telecom mast, there’s an easily missed side road to the west. See map above.
As pictured below, it leads steeply 6km up to a 1750-m col to an impressive view 60km  southwest to the 4167-m mass of Jebel Toubkal. It’s one of the few points on a sealed road that gives a full view of North Africa’s highest mountain (picture, top of page).

From here the road drops down through apple orchards recalling the Aït Boumengueze valley further east, below the Mgoun massif (MH18. MH19).

It levels out along the Oued Zat at the town of Tighoudine in the Oued Zat valley where, in late November, you’ll detect the strong aroma of olive oil being produced in roadside presses (right).
The side route rejoins the N9 after 35km, just before a green Winxo fuel station on the north side of the road, 46km from Marrakech.